The Board of Directors is pleased to announce that Alan Kornblau will serve as President and Chief Executive Officer of Amigos Library Services beginning January 23, 2017. In concert with the Board of Directors, Alan will provide leadership for one of the largest library cooperatives of public, academic, state and special libraries in the United States. Kornblau will lead a staff of 30+, administer an annual revenue budget of $16 million, and oversee diverse membership programs that include Consulting and Education Services, Member Discount Services, the Amigos eShelf℠ Service, Association Management Services, and an extensive courier program as well as related resource sharing programs for members. 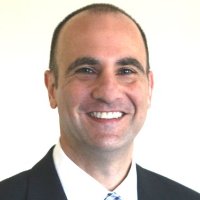 Alan will represent Amigos in professional and public settings while fostering collaborative relationships among member libraries and partners.

"The Amigos Board of Directors is excited to have Alan on board as the next President and CEO of Amigos Library Services," stated Craig Stephenson, Chair of the Amigos Board. "Having conducted a nationwide search, we believe Alan is best suited to maintain and enhance Amigos' prominence in the library resource sharing arena. Amigos will be in capable hands."

Alan holds a Master of Science in Library Science from Florida State University and has more than 25 years of experience as a library director. Since 2006, he has served as Library Director of the Delray Beach Public Library in Florida.